Anya likes volcanoes, or at least she likes talking about volcanoes. She talks about the hot lava that comes out of a volcano and how she’s afraid of being burnt by lava. Before we left for Yogyakarta, we told her she couldn’t come along with us because we were going to climb a volcano and it wasn’t safe for her. She went around telling everyone that we were going on a dangerous holiday with a volcano.

So when I saw a volcano-making kit on sale for $10.90 at Isetan Scotts the other day, I promptly bought it for her and she was delighted. I assembled the mould for her and she mixed the plaster. It was quite difficult transferring the plaster to the mould so I helped her with that too. She had a lot of fun painting the volcano. 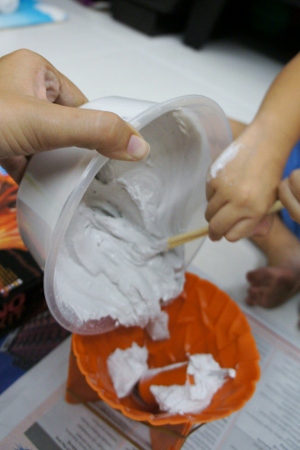 waiting for it to dry 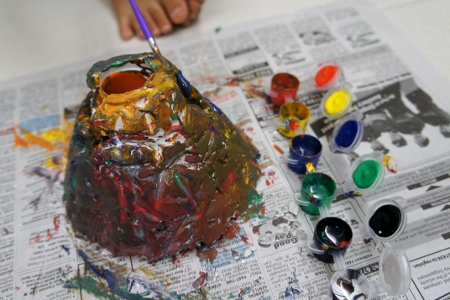 We didn’t managed to stage an ‘eruption’ until a few days later because we were pretty busy but she harassed me every single day until we finally brought the volcano home from my mum’s place where we had made it. I didn’t bother to add any red paint or food colouring to the baking soda and vinegar mixture but she was still wowed. The look of amazement and wonder on her face as the volcano ‘erupted’ for the very first time was priceless. 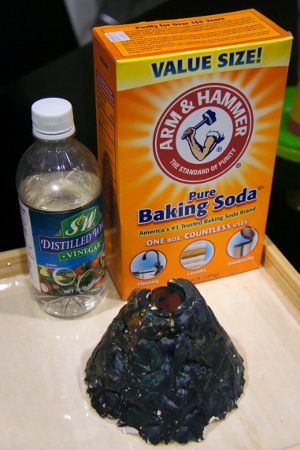 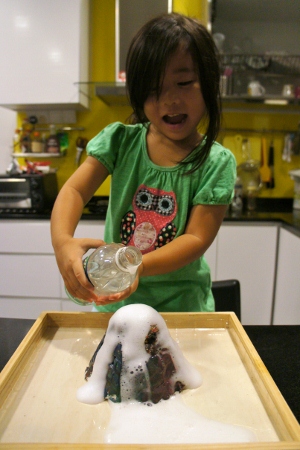 The suggested age for the volcano-making kit is 8 years and up but it is suitable for much younger kids with some parental assistance and supervision.