Anya’s birthday fell on a Saturday this year so we were able to celebrate it on the actual day. The birthday girl is very much into the Mr Men & Little Miss series currently so that was the theme for her party! 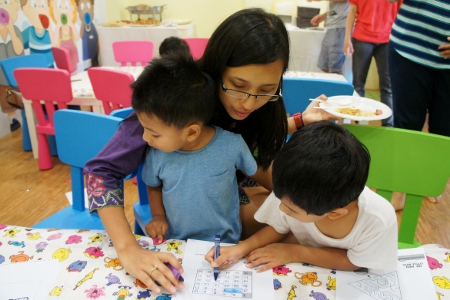 This was the first time Anya had a party where she had a say in the guest list! We usually invite our friends/ cousins and their kids but this time we had a few of her schoolmates as well. I think she was really happy to have them there. 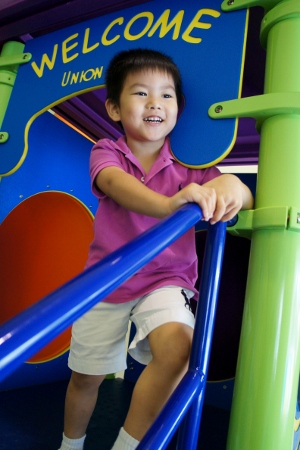 fun at the playground 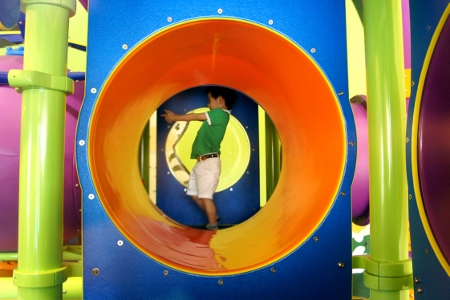 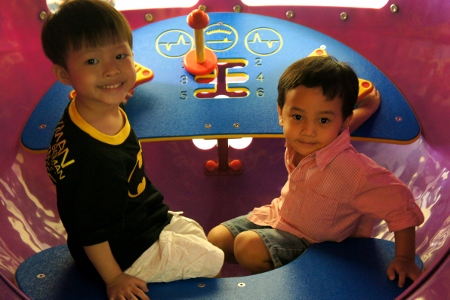 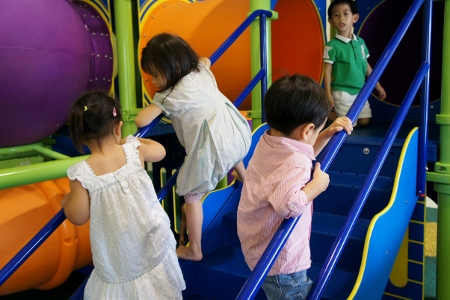 climbing up and down 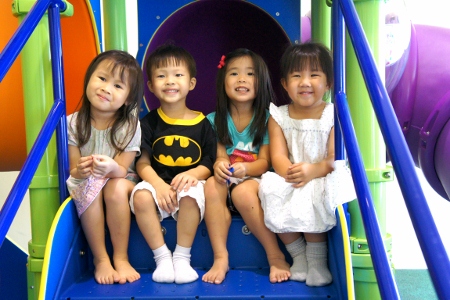 with some of her classmates

In keeping with the theme, we had a Mr Bump piñata. The anguished expression on his face makes all the piñata pictures look hilarious! Most of the girls chose to pull on the ribbons below Mr Bump and the boys preferred using the plastic baseball bat that we brought along. 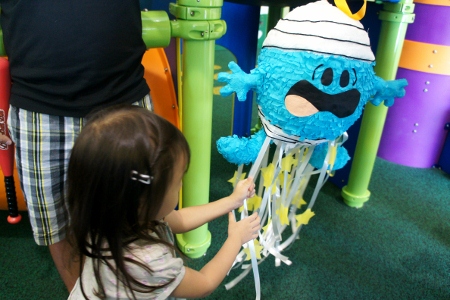 the boys had a smashing good time 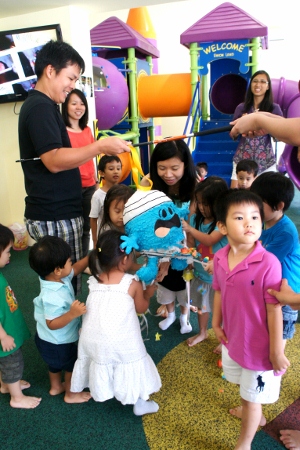 giving it one final pull 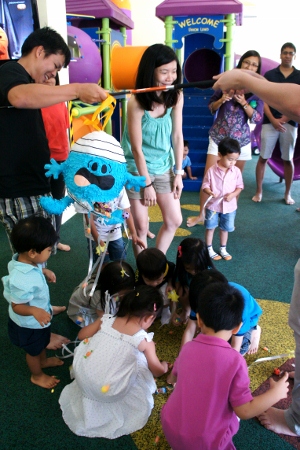 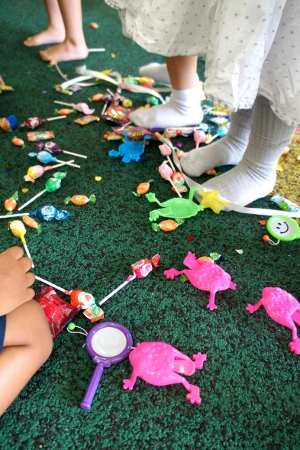 Sam and his haul

Isaac managed to collect some too

Adrian was supposed to bake a rainbow cake and cover it in fondant to make it look like Little Miss Naughty but it didn’t work out as planned. Good thing we had Mr Men & Little Miss cake toppers!

It was a bit chaotic this year and Anya was very upset after she accidentally fell off the sofa while we were taking photos so I didn’t insist on the usual group shots!

most of the kids

The grown-ups had fun with the Mr Men & Little Miss photo booth props that I made. I think we are all really young at heart and enjoy being silly now and then! ;) 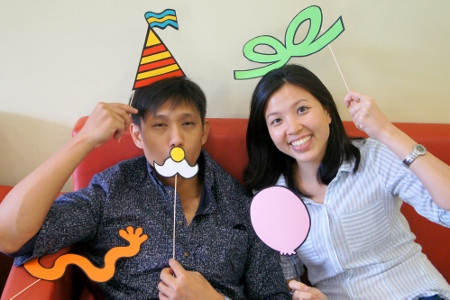 Will have another post with details of the party decor, goody bag, piñata and other bits & pieces soon!