We went to Kids Amaze at SAFRA Jurong on Good Friday evening and it was so chaotic! I’ve only ever been to the one at SAFRA Toa Payoh and that is pretty decent but it’s hard to believe that the Jurong one is supposedly bigger! It was really crowded and hard to get around in. I felt very claustrophobic in there.

The main play area is a cage-like structure and it’s difficult to make your way up to the top where the bridge connects to the long slide, especially since at any time there were children trying to make their way down. I could barely squeeze through the tiny openings so even though Adam really wanted to go up, I kept him at the ground level because I was afraid he would get squished.

Adrian accompanied Anya most of the time but I went down the long slide after her just once and I was so worried that some kid would come along and kick me in the head. It’s not pleasant to be enclosed in an 18.5m long tube. There were some bits in the slide that were not slippery at all so I had to shuffle along on my butt all the time worrying that someone would crash into me.

It made me nervous that some parts of the playground were not in great condition. The fact that some areas were closed off completely ‘for maintenance’ did not boost my confidence. We won’t be going back, not even on a weekday when it’s guaranteed to be emptier. I don’t like the structure of the playground and there are so many other indoor playgrounds available which are better and safer. 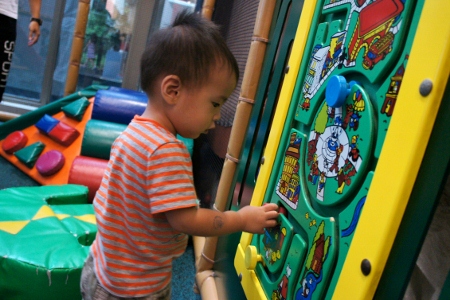 at the toddler area 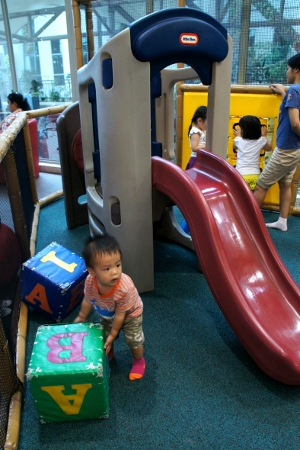 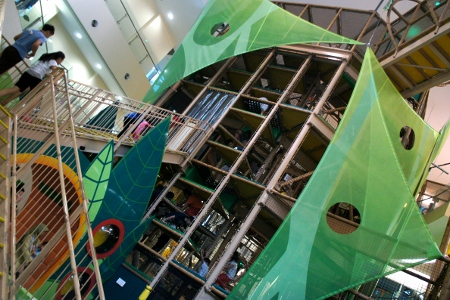 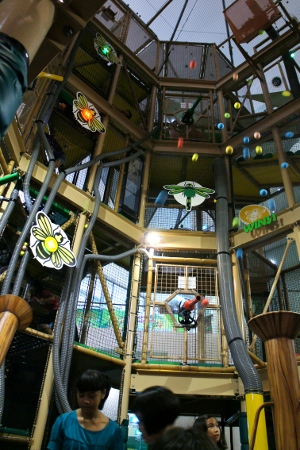 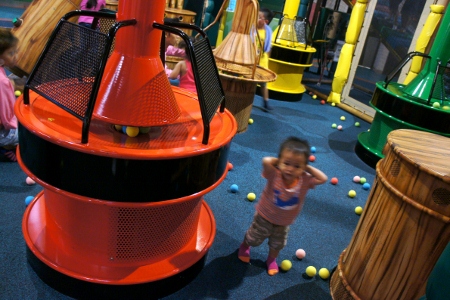 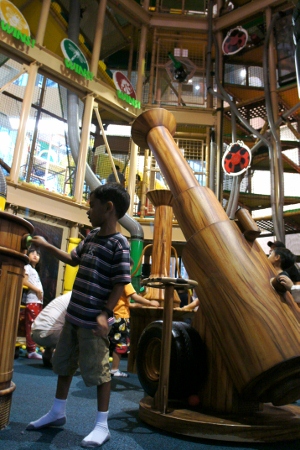 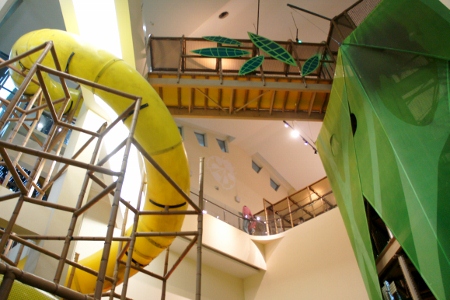 bridge leading to the slide 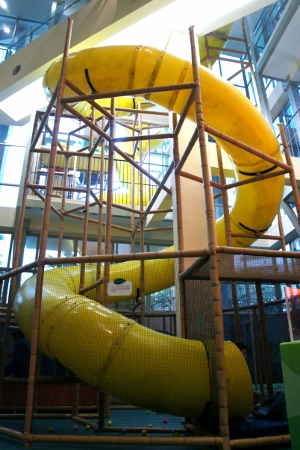 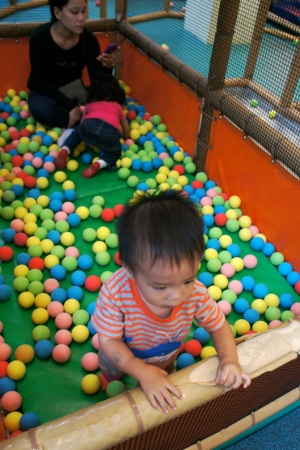 ball pit for the under-4s