We decided to try Jewel Cafe & Bar at Rangoon Rd two Saturdays ago. It’s one of those parallel park along the road type of places so we were lucky to find a lot near the cafe. It’s right beside Liberty Coffee, another place that I’ve been meaning to try. 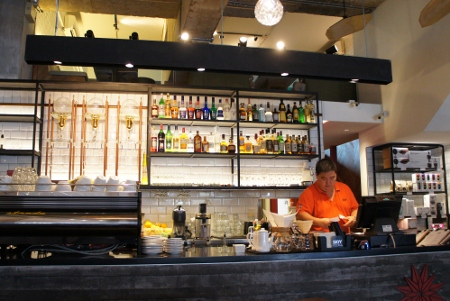 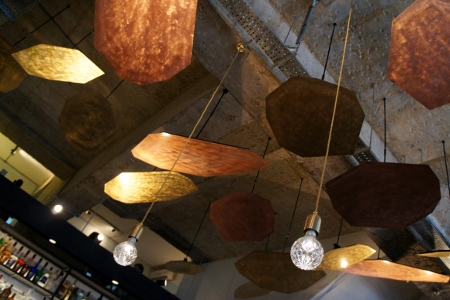 I’d read some pretty good reviews of the place and the food was quite decent. I expected the coffee to be better though but my iced latte was just alright. I liked that my eggs ben had both ham and bacon on it and the bacon jam was interesting! It is somewhat sweet so I felt that it was more like a bak kwa spread than a bacon jam.

The service left much to be desired, however. When we got there, they weren’t crowded but no one showed us to a table so we just sort of picked one for ourselves. Then we had to go to the counter to get the menu because nobody bothered to give us the menu to look at. I noticed that some people at the other tables had to do this as well. 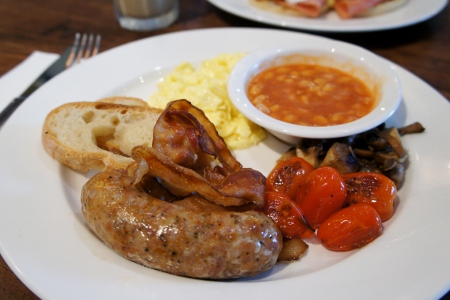 The thing made me very unhappy was when Anya said she had to pee and I tried to take her to the toilet but both the male and female toilets were closed for repair. If you have a young kid who is toilet-trained but sometimes has accidents, you can get quite frantic when she announces that she needs the toilet, right?? So I asked a server where I could find the nearest toilet since theirs were closed. She consulted some people in the kitchen and they had some debate about why their toilets were closed and after some delay, she turned to me and said, “Our toilets are closed because they are choked up, not because of cleanliness.” I was so irritated by then because I just wanted directions to the nearest toilet and couldn’t care less about why their toilets were closed!! Really annoying.

I probably won’t make any special effort to return to Jewel Cafe even though they have quite an interesting menu. There are just too many similar establishments that offer better service and amenities.