Since we were moving around in a bigger group this time and stopped several times to eat and shop, we didn’t manage to take many rides. We started off with Astro Blasters in Tomorrowland while Anya and Adrian went to ride on Space Mountain. Then we took the It’s a Small World ride before heading to Toy Story Land where Anya and Adrian took the Toy Soldiers Parachute Drop before we all went to spin around in the Slinky Dog Spin. After the parade, we took the Jungle River Cruise in Adventureland. Finally the little ones sat on Cinderella Carousel in Fantasyland while Anya went back for another Space Mountain ride. 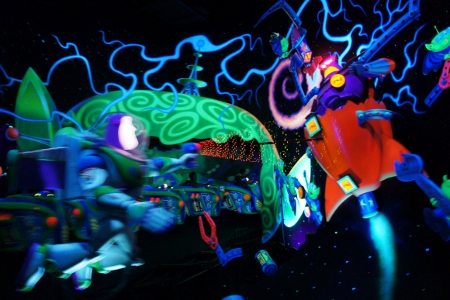 Pixar Ball and Slinky Dog Spin in the background 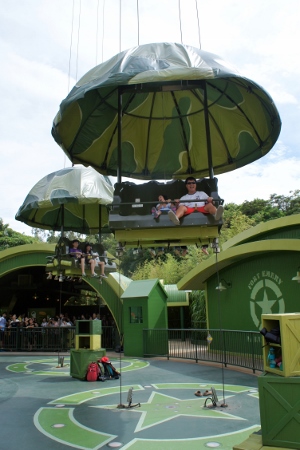 toy soldiers in the flesh 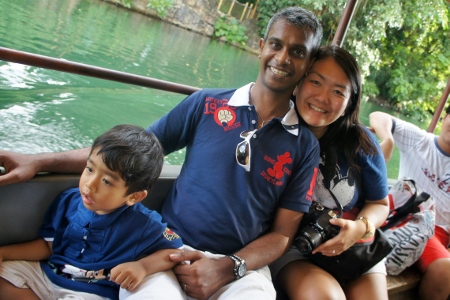 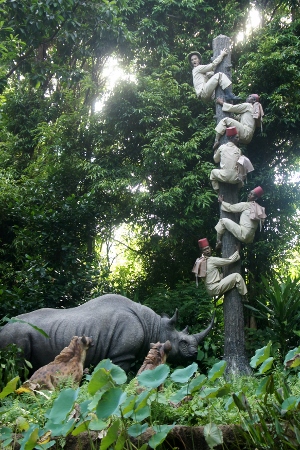 running away from rhino 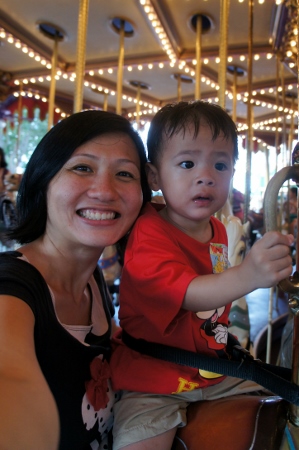 a selfie with my boy 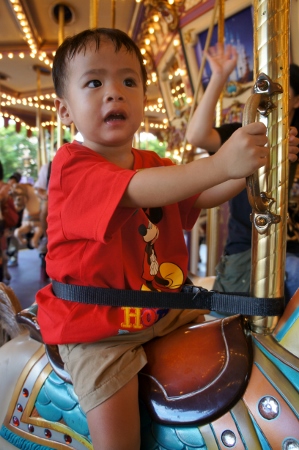 happy to sit on his own