We signed Anya and some of her friends and their siblings up for a session of Climbing 101 with Kinetics Climbing. We had three young instructors for our group of 15 kids and the instructors were very patient and guided the kids well. Some of the kids were very enthusiastic and climbed several times happily. Some of the other kids had to overcome their fears and hesitations but made it in the end. It was a great learning experience for all of them.

getting ready to climb 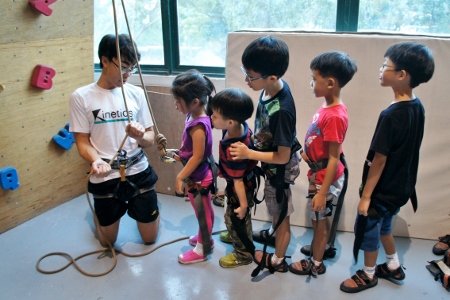 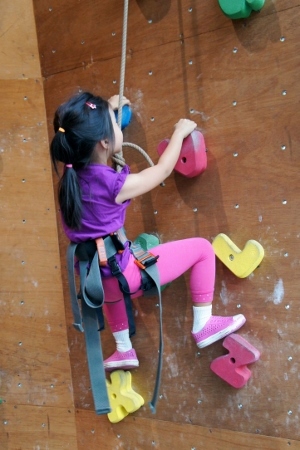 climbing with her friend 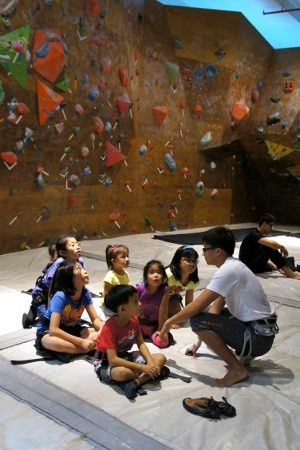 trying out some bouldering 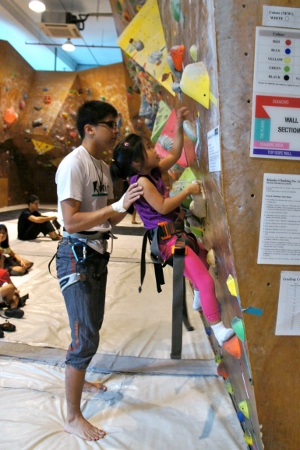 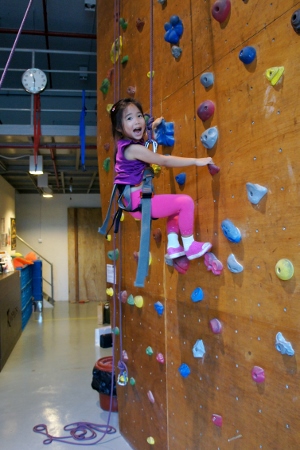 However, I feel that the admin side could have been a lot smoother. I emailed Kinetics Climbing to ask about Climbing 101 and then gave them a call after not getting a reply. On the phone, I spoke to a lady who didn’t know anything and she kept having to ask somebody else in the background and I eventually asked to speak to that person instead. For example, I asked about maximum number and was told that 6 is the minimum (that didn’t answer my question) and then she told me that there’s no maximum. I find that hard to believe since the 15 kids we had was quite a crowd!

When I managed to get hold of the man in the background, he seemed quite reluctant to speak to me and kept saying that they would have replied my email if I had sent it to the correct email address (I did) and asked me to check my spam folder (there was no reply from them). I managed to keep him on the phone long enough to get a suggested maximum number of about 15-20 kids and a promise that he would get someone to reply my email.

After a couple of emails and phone calls, a time and date was secured and I transferred the deposit amount. Then they emailed and called a few times to say I didn’t transfer the right amount (I did) and that I had to make up the shortfall for them to proceed. Eventually, it turned out to be a problem on their side of things and someone called to apologise for the mix-up. But I really didn’t appreciate the accusatory tone I was subjected to. They should have checked very thoroughly on their side before calling/ emailing and insinuating that the customer is trying to withhold correct payment.

Finally, we were asked to turn up 10 minutes before our session and so we did but were dealt with rather impatiently when we got there. We were repeatedly told that they only start at 10am, told to wait and stand at the side, told not to touch anything, etc. It was not very pleasant.

To sum up, I find no fault with the instructors and the equipment (although they should have some pairs of smaller climbing shoes if they want to cater to 4-year-old children), but I think they really need to do better in their administration. While I’m not saying we will never go back to Kinetics Climbing, we will probably check out the other climbing schools like The Rock School or Onsight Climbing if we want the kids to attempt rock climbing again!