We received an iNbox by Smart Alley and it was the perfect solution for a rainy afternoon! iNbox is a subscription box of meaningful and fun activities that is delivered to your doorstep every month. The theme for our box was wildlife safari and the box came with an illustrated story book, a board game, an information booklet about various animals and a DIY safari jeep and animals.

We started by reading the story of how the character Flinto saved Ganesh the baby elephant with the help of his friends in the jungle. The book introduced the kids to animals in the jungle and gave them a glimpse of the danger that the animals face in the form of hunters. The story also brought across the idea of strength in numbers with many working together to achieve something great. 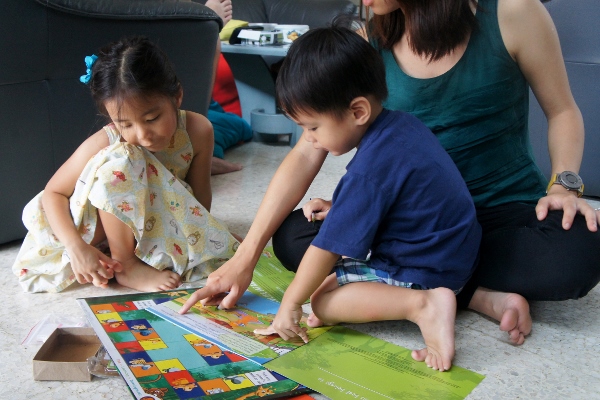 At the end of the story, the animals in the jungle celebrate the successful rescue of the baby elephant by having a party and singing and dancing. The kids were encouraged to draw a picture of the animals celebrating.

After reading the story the kids played a game in which they imagined themselves as forest rangers racing to save animals from being hunted. They were very enthusiastic about collecting the different halves of the animals to ‘save’ as many animals as possible.

Anya then made a safari jeep with some help from her daddy.

The kids then painted and put together the various jungle animals. They were actually encouraged to do some finger-painting to get the spots and markings on the animals but they preferred to use a paintbrush. 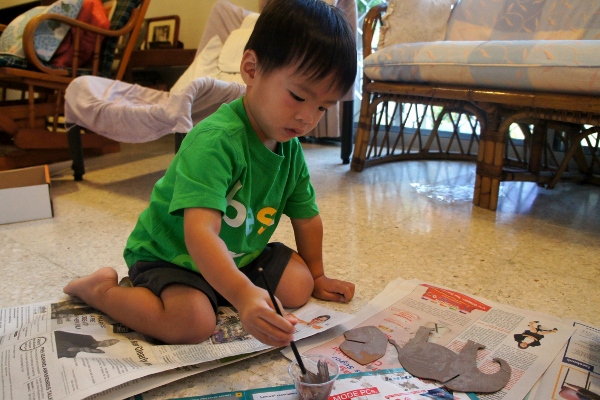 The iNbox kept the kids occupied and helped them to learn about the animals and where and how they live. It encouraged discussion about the dangers faced by these animals and questions about why these dangers are present. I liked that iNbox allowed the learning to be carried out in multiple ways and encouraged extension of learning beyond what is covered in the box!