We were in Penang last week for my sister’s wedding and I spent quite a bit of time hunting down street art in the blazing heat! When we got back, I decided to be a local tourist and check out some street art in Singapore as well. As part of the 2014 Tiong Bahru Heritage Fiesta, 5 animal murals by photographer and visual artist Ernest Goh have been put up in Tiong Bahru. I don’t know how long they’ll be there for but I think they are definitely worth a visit.

I know some people enjoy searching for each mural but it’s been really hot these days and I was lugging around a grouchy baby who hates the heat, so I relied on the map kindly provided by Cheekiemonkies! The mural hunt took us about an hour and after we found the last one, we dragged our sweaty selves to Tiong Bahru for a nice, cold drink.

I hope the murals stay up permanently but one of them is starting to peel so it needs to be repaired quickly. Most of the murals look great but the goldfish one sticks out like a sore thumb because it’s been pasted on as an entire rectangle instead of cut according to the shape of the animal like the other murals. The white background contrasts too much to the yellowish walls!

Really hope to see more tasteful street art in Singapore. Now if only I could muster up the energy to check out the Ernest Zacharevic one in Joo Chiat… 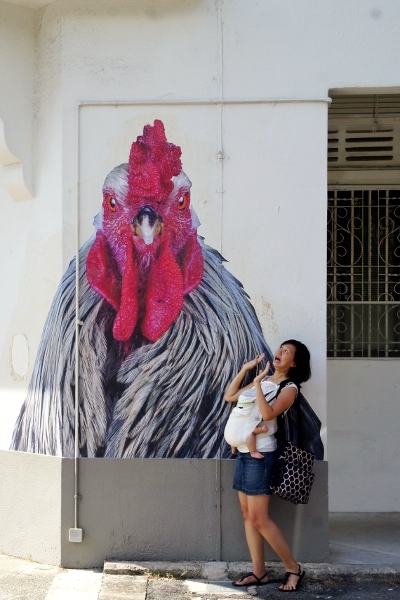 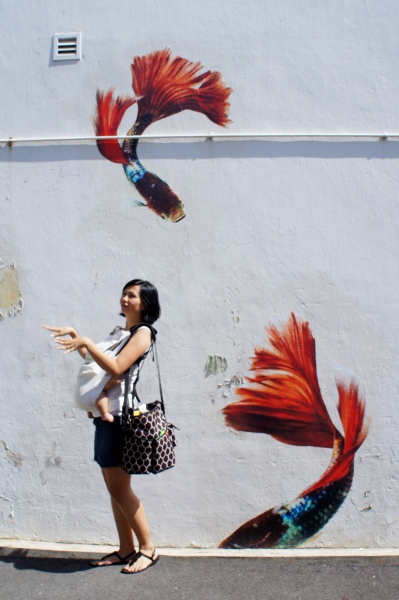