For Children’s Season this year, National Museum of Singapore has a special exhibition called Masak Masak from 24 May to 3 August. The exhibition centres around the theme of ‘My Childhood’. I think the theme is really fun! Outside the museum, there are bouncy slides based on the dragon and elephant playgrounds of my childhood. Unfortunately, they are only open for playing on weekends. 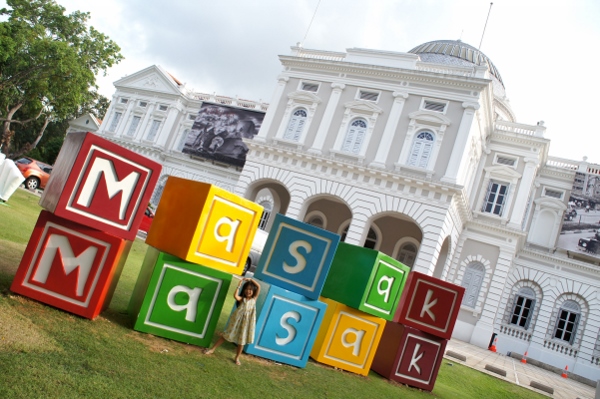 The first area we came across was Justin Lee’s Come and Play. The entire room was filled with structures and objects made with cardboard and draws upon the idea that with imagination, a cardboard box can be turned into anything. For a minimum $2 donation, kids can get a cardboard box of their own and make it into anything they want. The box can then become part of the installation. Anya chose to bring her box home though.

everything made with cardboard 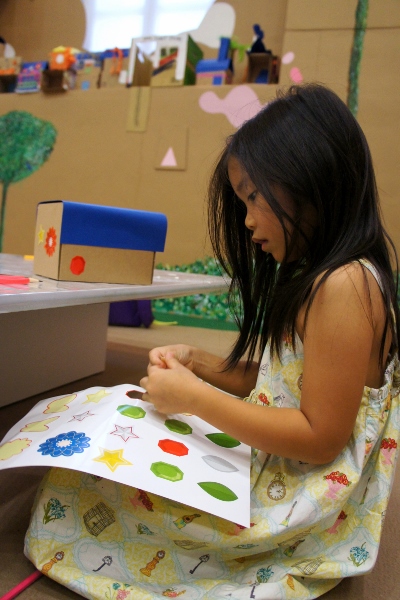 creating her own cardboard creation 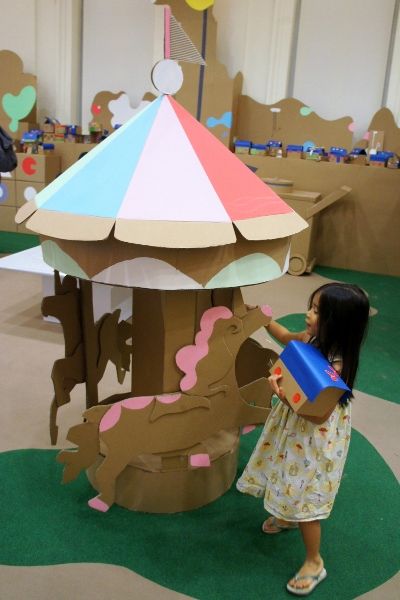 Anya then went to play with giant versions of five stones, pick-up sticks and marbles. She spent quite a bit of time just throwing the five stones up into the air and trying to catch them. She looked like she was having tons of fun! I loved playing five stones when I was a kid and Anya has a set now but doesn’t really know what to do with it. Maybe it’s time to revisit the game.

Another childhood game I enjoyed was pick-up sticks where we tried to remove sticks from the pile without moving any of the other sticks in the process. The suggested method for playing the version here is to create the tallest structure possible with the sticks. I wish there were more sticks though! Hard to create anything with so few sticks.

I didn’t really play with marbles when I was a kid but liked collecting them. For this version, the kids are supposed to roll the balls into the hole in the middle without getting the balls stuck in the pothole. Anya quickly figured out where the exit point for the balls was and stalked it to get as many balls as possible. 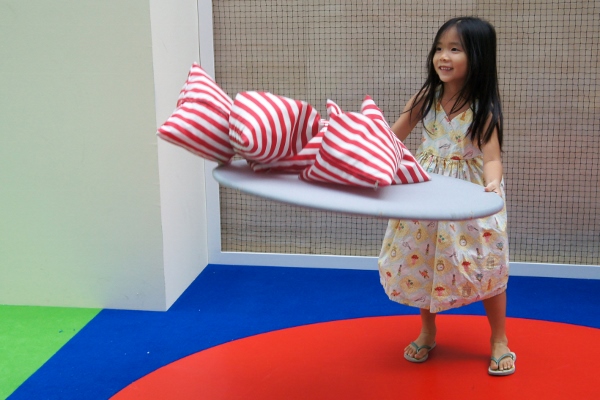 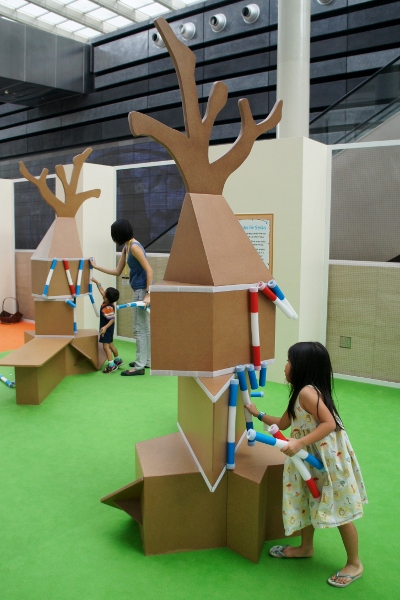 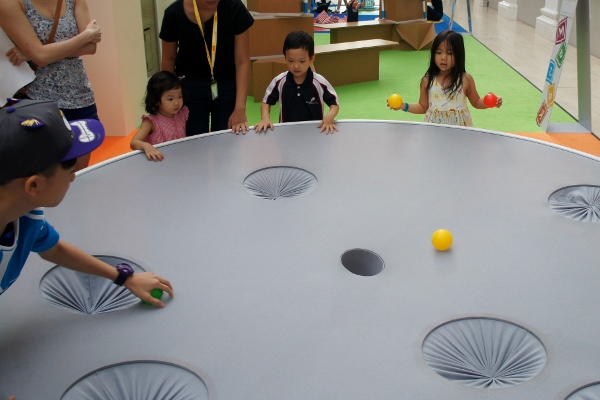