I’m really looking forward to the September holidays because we have so many activities lined up. POTTED POTTER will be in Singapore from 9 – 14 September and we are going to watch it! Just imagine all seven Harry Potter books condensed into 70 minutes with an actual Quidditch game thrown into the mix. 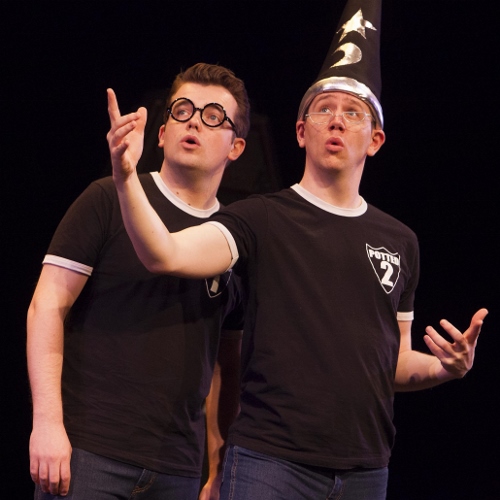 Back by popular demand after a sell-out season in Singapore in 2012, Potted Potter will play at the Jubilee Hall at Raffles Hotel from 9 September and there are only 10 shows. You will see all your favourite Harry Potter characters (including a fire-breathing dragon!) and it’s going to be absolutely MAGICAL!

Created by double Olivier Award Best Entertainment nominees Daniel Clarkson and Jefferson Turner, the show is a must-see for Potter fans and is suitable for ages six to Dumbledore (who is obviously very, very old)!

I’m a huge fan of the Harry Potter series and I’ve read all the books, watched all the movies, visited the exhibition, taken the studio tour, and even checked out the locations in Edinburgh that inspired J. K. Rowling so I’m incredibly excited about Potted Potter!

I have a pair of Potted Potter tickets for Tuesday, 9 September, 7.30pm to be won by one lucky reader! Tickets can be collected an hour in advance outside Jubilee Hall, Raffles Hotel on show day.