We took a walk on The Southern Ridges a few weeks ago. It was a nice, cloudy day so the weather was quite lovely and cool. We parked at HortPark and started our walk there, crossed Alexandra Arch (80m), made our way through Forest Walk (1.3km), linked up to Hilltop Walk (1km), had a toilet break at Telok Blangah Hill Park, crossed Henderson Waves (300m), and then walked down to the bus stop and took a bus back to HortPark.

The route we took was stroller-friendly and we pushed the baby the entire way. We only had a bit of a problem getting the stroller down the steps to the bus stop. The kids whined a bit along the way (as kids are wont to do), but the 3km walk was not a problem for them and I think they had a good time!

Your Guide to Hort Park and the Southern Ridges by National Parks Board provides useful information on suggested routes, difficulty level, distance and time needed for each section of The Southern Ridges, and also some highlights for each portion. 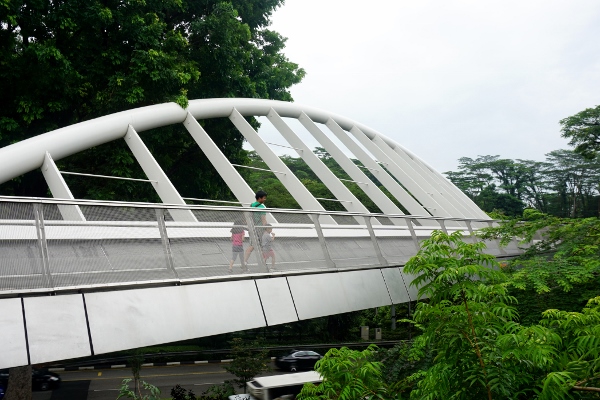 mummy insists on a photo 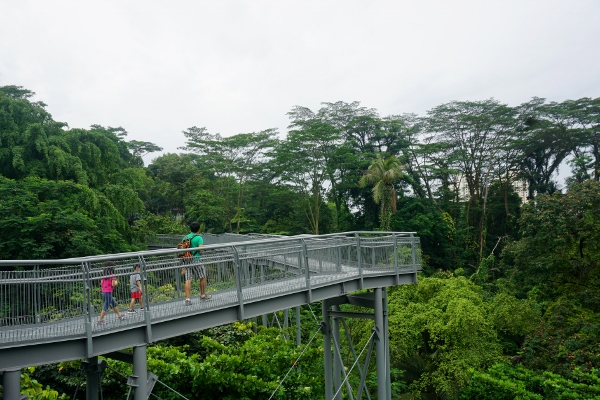 looking at some of the plants

posing for yet another picture 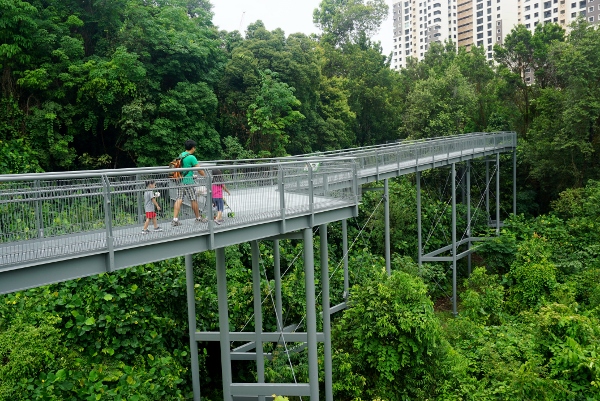 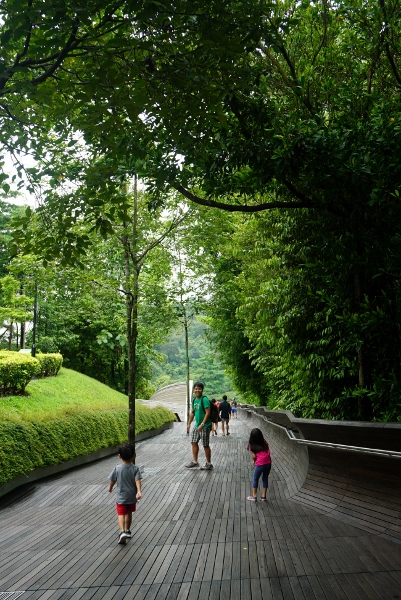 dragging themselves to Henderson Waves 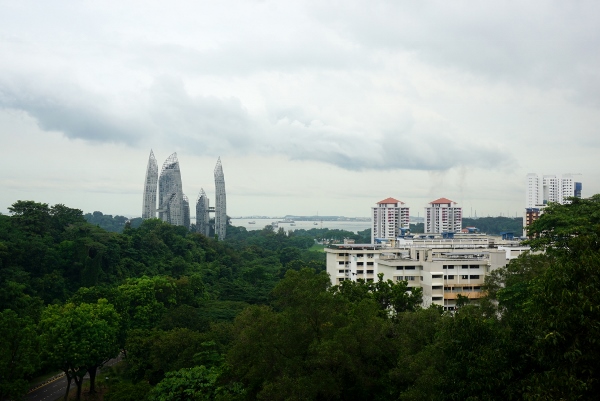 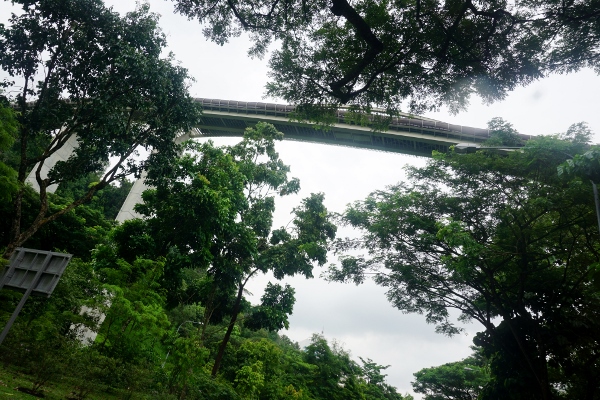 Henderson Waves from below

back at Hort Park