Adam’s class did their project work on faces! They made many different kinds of faces such as balloon faces stuffed with flour, animal faces made of clay, paper thaumatrope faces, silhouette printing, papier mache faces, and so many more! The whole class worked together to make a giant face and they also put up a performance and they sang two action songs

Part of the Open House involved raising money for charity. In Adam’s class, there were some paintings on display that were painted by the students and these paintings were up for auction. We were admiring them and remarking that some of the kids could paint so well. Then we discovered that one of the pictures (of a yellow cat in a blue shirt) was done by Adam! We were pleasantly surprised because we weren’t aware that he had any artistic inclination. I’m sure he had a lot of help from his teachers but we were very proud of his work (and of course we bid for his painting). 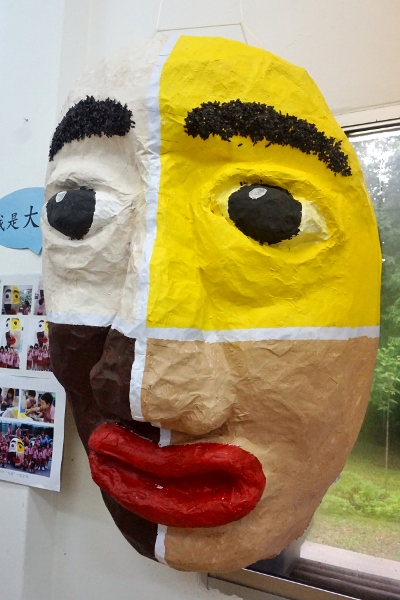 giant face made by the entire class 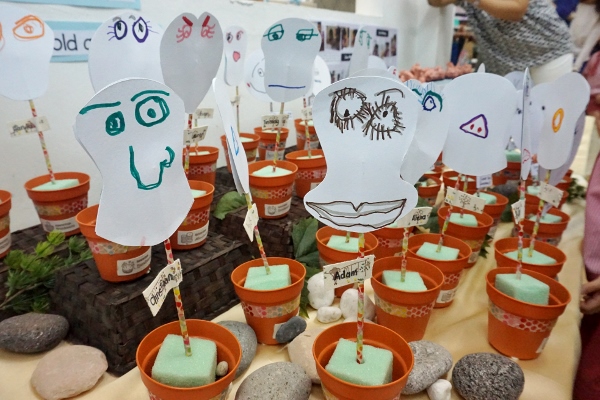 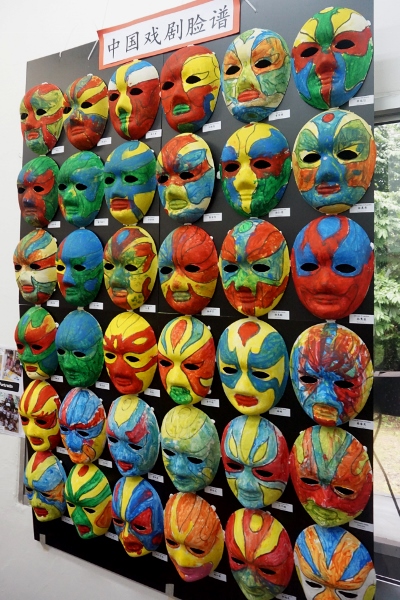 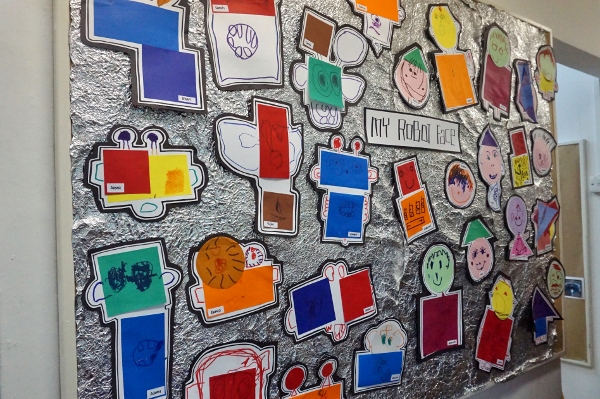 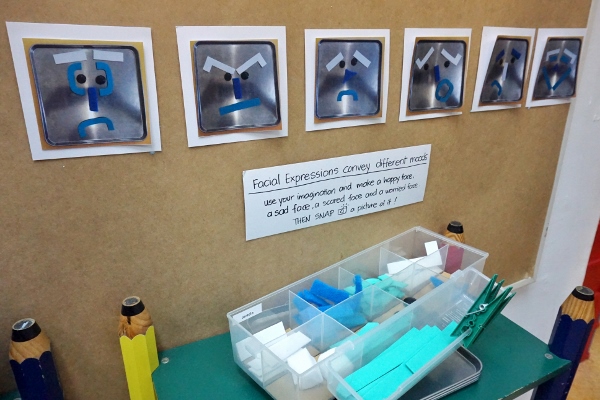 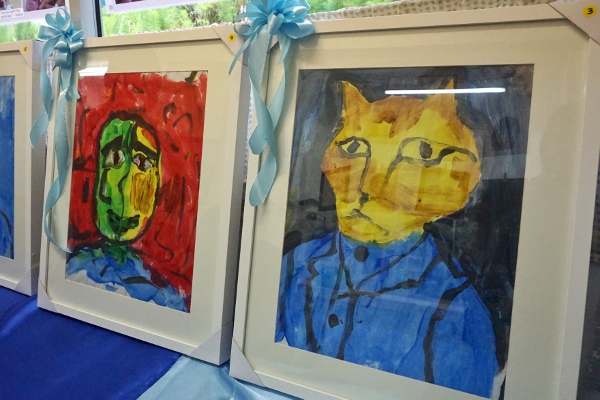