We took the kids to watch Hello Adam today. Didn’t really know what the show was about but bought tickets long time ago based on the title of the production. We didn’t get very good seats because we made it in just as the show was starting. (Digression: I hate it when there’s a running event going on in the area when I’m at the Esplanade because the eating places are inevitably filled with the runners and we have to wait ages to get food!)

Hello Adam was all about movement! Using a range of props like balls of various sizes, blocks and slinkies, the performers moved around catching, throwing, jumping, running, etc. There wasn’t a storyline of any sort but the fast-paced performance was visually very entertaining for the kids.

Anya loved the bit where two performers were dancing around with ribbon sticks and I have pinky-promised that I will make one for her to twirl around with. Adam was under the weather and not as enthusiastic as usual but he sat through the entire performance without fussing and liked the bit where they lifted a big piece of cloth up and down like a parachute with the lights changing in colour. He was also happy to pick up the little coloured balls after the performance. 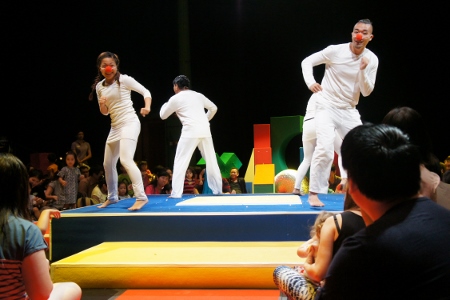 moving blocks around and hiding behind them

there’s someone in there 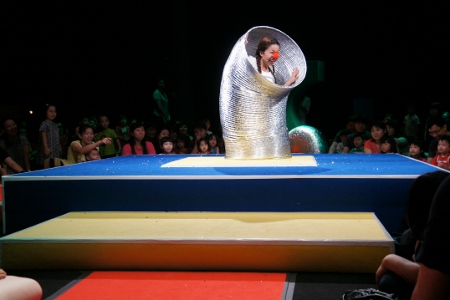 Anya thought this was very amusing

four in a row

getting into their slinkies

hiding behind some blocks

balls of different sizes and colours

Adam was fascinated by the changing colours 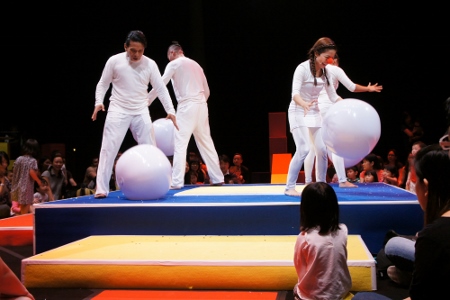 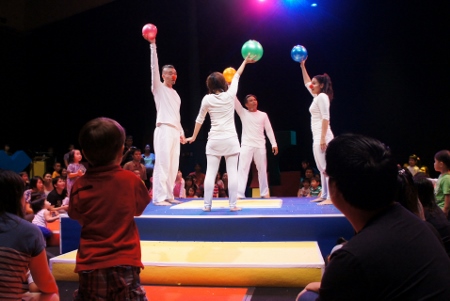 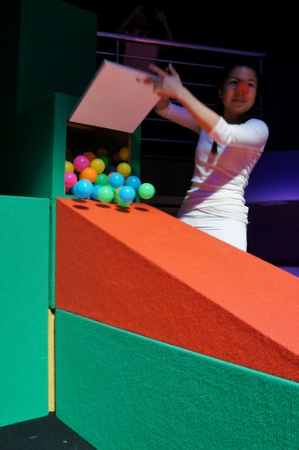 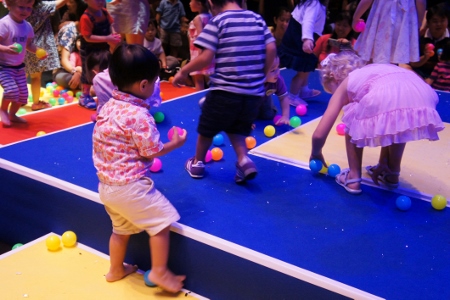 Adam running around picking up balls

the next one is Hello Yasmin

I have so many posts waiting to make their way from my mind to this blog that I’ve decided to blog about our most recent activity first! We caught Hello Ling at the Esplanade this morning and it was Adam’s very first play. I think he did quite well. There was no whining or crying and he didn’t attempt to leave halfway. He was occasionally distracted by the Hello Ling sticker on his shirt and the Hello Ling mask but he enjoyed the performance! PLAYtime! is recommended for kids 2-4 so I think it was just a wee bit simple for Anya but she had fun too.

I liked how the three actors were energetic, enthusiastic and genuine throughout the performance which I feel is important when acting for young children. The kids learnt about different concepts of light such as what makes a rainbow, what makes shadows, how light is needed for plants to grow, etc. There were different elements to catch the children’s attention and whenever Adam got distracted, I would be able to get him interested in the performance again by pointing out one of the actors making his/ her way through the audience or something being projected on the big screen.

The next PLAYtime! performance is Hello Adam from 3-9 Nov and we’re definitely catching that just based on its title! 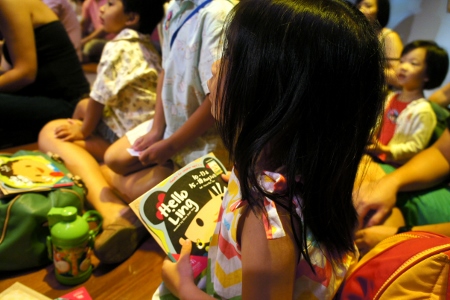 Anya was entertained too 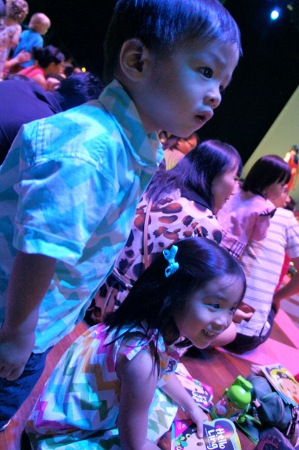 watching one of the actors making shadows 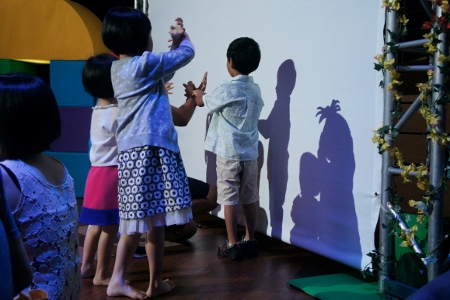 the kids giving it a try

Hello Adam pretending to be Ling 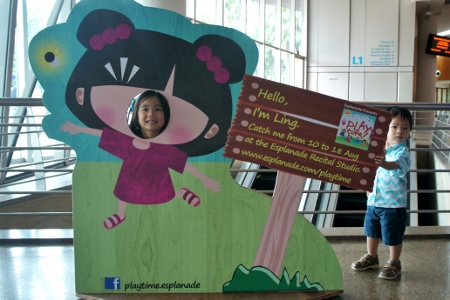