When I saw the news article about the hidden reservoir dating back to 1905 that had been rediscovered by NHB, I knew I had to make a trip there to see it for myself. I signed up for a guided walking tour and was delighted to get slots for Adrian and myself. Charles Goh, the founder of Asia Paranormal Investigators (API), was our guide for the walking tour. I visited the reservoir again the next day, but more on that in another post.

Keppel Hill reservoir was one of three reservoirs in that area and was later used as a swimming pool. You can still see remnants of a diving board and a bathing area at the reservoir. According to the news article, two soldiers and a boy drowned in two separate incidents in 1936 and 1948.

Charles shared with us the history of the place including why the roads were named that way. We also learnt quite a bit about the New Harbour Dock company. I had envisioned bashing through the forest to get to the reservoir but it was a very manageable 10-minute walk in from Wishart Rd where we had started.

It would be somewhat of a stretch to say that the reservoir is forgotten because it clearly shows signs of use with pipes leading from it, maybe to the nearby nursery. According to Charles, the people in the area knew about the body of water but it was only recently that the history of the place as a reservoir, and later a swimming pool, was rediscovered.

16 Morse Rd where we gathered

where the reservoir drains to 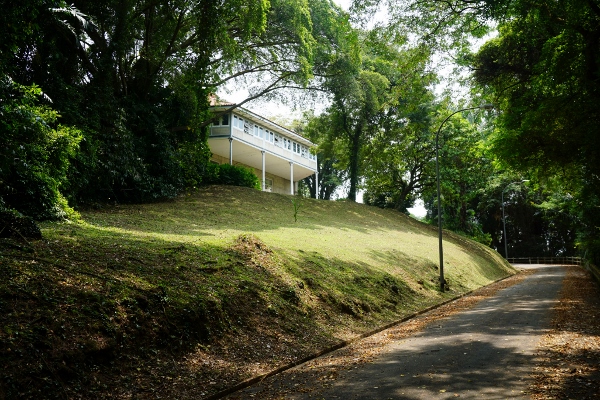 what lies behind these trees?

steps leading to what used to hold a diving board 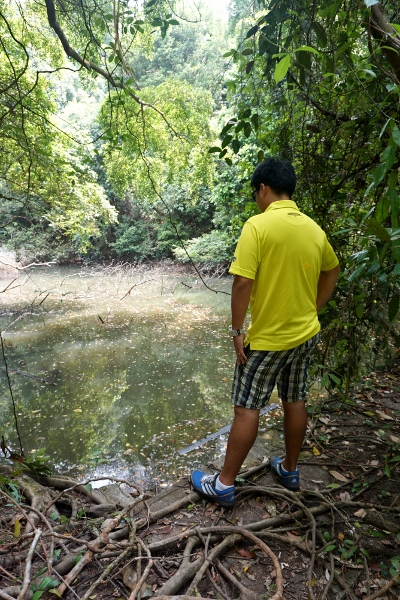 abandoned steps taken over by roots

a glimpse of the wall beyond

steps leading down to the water

another view of the reservoir

nature has taken over

I love visiting places in Singapore that are off the beaten track. Being able to see Keppel Hill reservoir was quite an experience and it was truly an interesting guided walking tour. I learnt so much about the area and the history of the place from our guide. I’m now extremely curious about the huge (and slightly creepy) house on 11 Keppel Hill and I’m dying to know what’s in store for the building and the land it stands on.